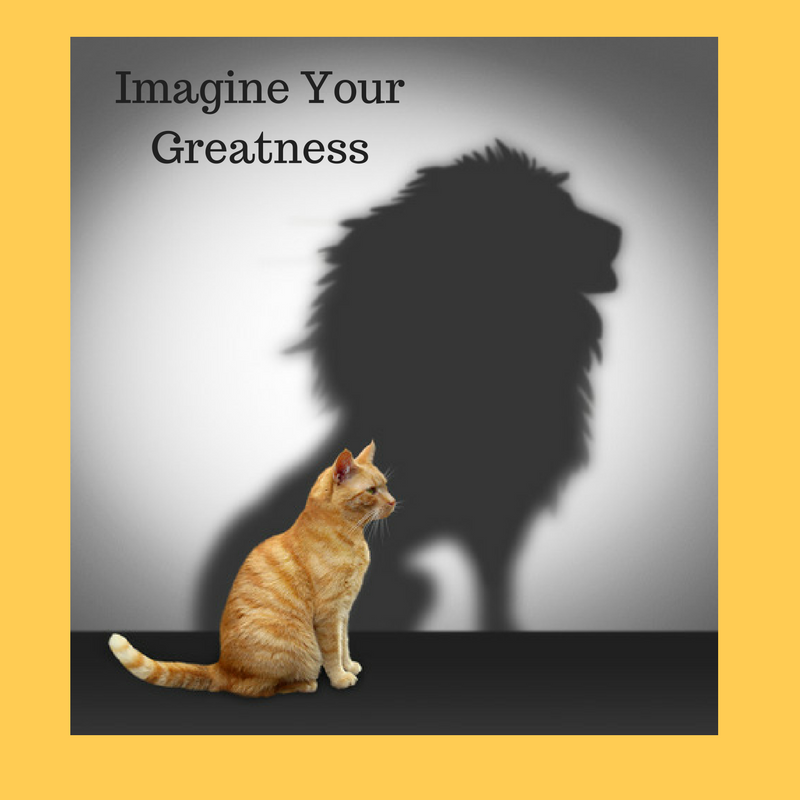 Recently, I can across an old story I’d written where I overcame all obstacles.  The story had me thinking about the daydreams and fantasies that I’ve had throughout my life.  I was amazed to realize how helpful those fantasies had been for me.  I hope you’ll read this article and discover how your imagination can be helpful to you too.

If you think about it, anxiety is really a form of fantasy.  You’re fantasizing about something bad happening and how painful or unpleasant it would be to deal with it.  These fantasies may seem so real that you live in fear of them coming true.  You may even be prematurely experiencing the pain that you imagine you will feel in the future.

I had a friend who so feared the grief that she imagined she’d feel when her dog died, that she suffered that grief for years before the dog died.  She suffered due to the thought of potential future suffering.  But what if she’d imagined herself coping with the loss of her dog differently?  How would it have affected her life, if instead of imaging herself broken and destroyed by the loss of her dog, she’d imagined herself coping well and recovering with an accepting, peaceful heart?

I want to share how you can use fantasy to reduce anxiety and build your confidence.

For as long as I can remember, I’ve been imagining myself surviving and overcoming obstacles heroically.  Riding the school bus, I used to imagine what would happen if the bus driver suddenly had a heart attack and died.  I, miraculously, would figure out how to drive and drive all the children home.  I would save the day!!  Not the bus driver though…I guess that didn’t seem as important when I was ten.

I’ve had all kinds of hero and survival fantasies since those days on the bus.  I’ve imagined myself standing up to bullies, eloquently eviscerating condescending employers, hurtling over career failures and disappointments like a soldier conquering Normandy, and recovering poignantly from a devastating heartbreak like Ingrid Berman in Casablanca.

These fantasies arose from my unconscious.  I hadn’t called for them, but they came and when they did I gave into them, allowing myself to really feel the feelings they evoked: the fear and chaos on the bus, the sting of humiliation from an insulting boss, the hole in your heart from a loss of love.  I would feel these feelings so intensely that my heart rate would go up or I would be reduced to tears.  But then, after hitting the depths of despair, I would imagine part two, the recovery, the survival, the heroics and I would feel my heart expand, unconsciously I would be sitting up straighter, lifting my chin, a determined set to my jaw.   I would feel confident and strong.

I honestly believe that these fantasies have helped me deal with real world challenges.  Fantasies can reduce your anxiety and build your confidence.

All those fantasies about telling off the boss really came in handy when I actually did have to confront my boss.  These fantasies were helpful because in the fantasies I handled the situations in the best possible way.  I had been imagining how my best self would deal with the situation.  I didn’t imagine myself as some hot head that just blows up, yells profanities at their boss and quits.

While that sounds like fun, in reality it wouldn’t be.  If you immersed yourself in the fantasy you’d realize a few things.  First, that it actually feels terrible to be that angry.  You don’t want that.  Your heart races and you feel all jangled up inside and out of control.  You’d rather be like Clint Eastwood in an old Western, calm and in control. You might also regret your behavior, making a scene in the office in front of co-workers that might lose their respect for you and then, of course, there’s losing your job.

No, I imagined myself as being so well spoken, rational and calm that I was able to win the respect and understanding of my boss and resolve the work problem, so that I could keep my job and make the world a better place.  By fantasizing this successful confrontation, I really thought through what it would take to bring about positive results.  When the time actually came for me to confront a boss, I was prepared and it went very well.

This fantasy helped reduce my anxiety and build my confidence.  I had an action plan.  I had imagined a way to cope with a bad situation in a way that I could be proud of.  It built my confidence in my ability to deal with the situation if it occurred.

If you think fantasy is silly, just realize; you’re already fantasizing.  You’re fantasizing about being rejected, being uncomfortable with strangers, being cheated on, being attacked.  But what probably happens is that you imagine the bad thing, get anxious and get out of there.  You stop the thought and lock it up, but you’re always aware of it and it’s causing you anxiety.  I’m suggesting that you imagine the bad thing and then imagine yourself surviving, overcoming, rising like a Phoenix from the ashes.  It might take awhile to figure out what it would take to make it come out the way you’d like it to but it’s worth the time.

If you don’t think you’re creative enough, look to books and movies.  Books and movies are full of examples of our greater self rising to the occasion.  Look for stories that resonate with you and put yourself in their shoes.  Imagine that it’s you who’s fighting like a samurai to protect his family.  Imagine it’s you who’s daring greatly for love.

Imagine it’s you who’s the hero, because in the story of your life…you are the hero!