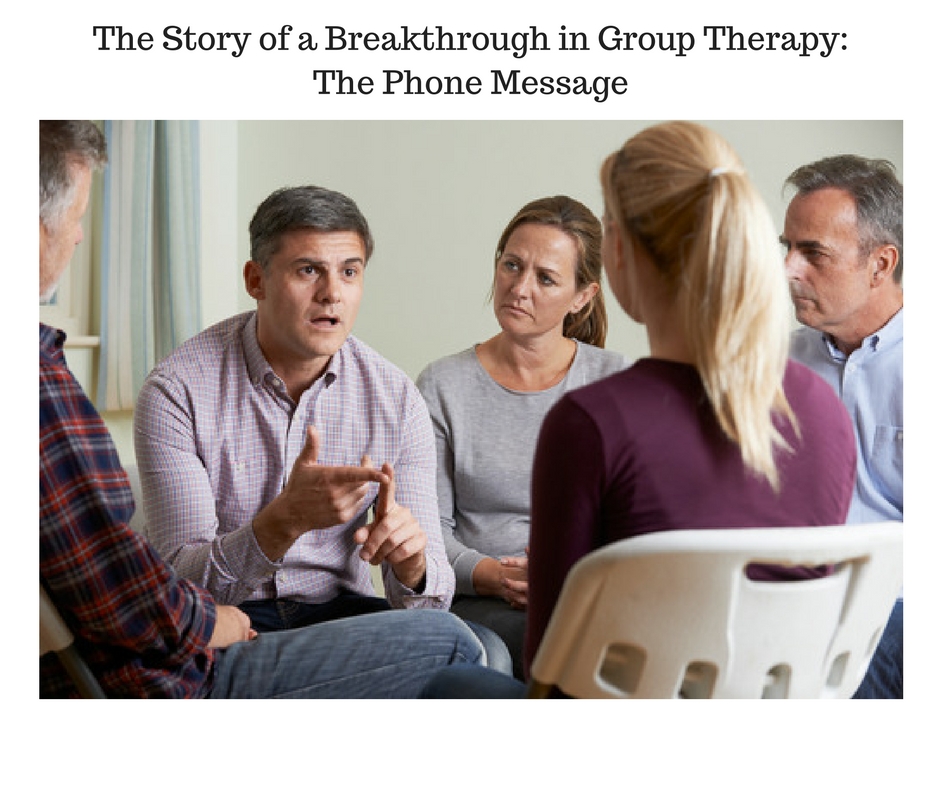 My client, in a terse, authoritative tone, announced to the group that he had something to say.  He locked eyes on me and said, “I know you want me out of the group.”  My heart thudded in my chest in response to the intensity of his feeling.  I was the leader of this therapy group and my client was accusing me of wanting to kick him out of the

For the confidentiality of my client, I have changed or left out any identifying details.

“You basically said in your phone message that you wanted me to quit the group,” he declared.

Earlier that week, I had left phone messages for all of the group members about an upcoming schedule change.  I thought I had left the same exact message for everyone, but suddenly I was seized with doubt.  “Had I unconsciously insinuated that I wanted this client to leave the group?” I wondered.

The truth was that this was a difficult client, who had a lot of conflict and distrust in his life and carried that into the group.  During some tough times, I may have felt frustrated and momentarily wished that he wasn’t in the group, but primarily, I really liked him and valued him as a member of the group.  I felt the group was the perfect place for him to learn about himself and how he interacted with other people, so that he could end the cycle of conflict that made it impossible for him to maintain relationships.

The air seemed to be sucked out of the room as everyone held their breath, waiting for my reaction.  I was startled and uncertain.  I didn’t think I’d said anything about asking him to leave the group, because I really didn’t want him to, but then again, maybe my frustration had leaked out.  I felt my only option was to be truly transparent and honest with my client.  I told my client that I didn’t think I said anything like that but that I did sometimes have conflicted feelings about him.

In a victorious and challenging tone, the client said, “I saved the message.  Will you let me play it here, for the whole group to hear?”  I think the client expected me to forbid it, to cover up my wrong-doing.  But I was relieved.  It’s very hard to talk about something in the past.  Each person’s view of that past incident can be completely different.  But here was an opportunity to actually examine what happened, right in front of us, in the present moment “here and now” of the group, instead of trying to understand something shrouded in the hazy memory of the past.

The client was surprised that I so eagerly agreed to his request to play the phone message.  I held my breath for fear that I had said something negative on the message, but I was willing to be exposed to the group for the benefit of the group and my client.  We all perched on the edge of our seats to hear this incendiary message.

“Hi, blank, this is Rena.  I wanted to let you know that we will not be having a meeting on the 20th.  See you next week.”

There was not a trace of negativity or a hint of desire for this client to leave the group.  The client was in shock.  How many times had he listened to this message and heard something that wasn’t there?  Somehow, listening to this message with the whole group listening, allowed him to finally hear it for what it really was.  This was a huge breakthrough for him.

He discovered that he projected his own negative thoughts and insecurities onto the way people were being with him.  He often thought people didn’t care about him, people didn’t like him, and people were trying to cheat him, whether this was true or false.  This incident proved to him that sometimes his negative perceptions were false.  Throughout his life, his negative perceptions about other people’s intentions towards him had hurt his relationships.  This discovery opened the door for him to begin to challenge some of those negative beliefs about people.

Faulty perceptions and negative beliefs are not an uncommon phenomenon.  People often interpret the world through the lenses of their mistaken beliefs.  If you think that people are all liars then you will behave in a suspicious way which may actually result in people lying to you.

The power of your beliefs is the central idea of cognitive behavioral therapy.  Throughout your life you develop beliefs and then behave accordingly based on those beliefs.  Some of those beliefs are faulty.  If you can uncover those faulty beliefs, then you can begin to dismantle them and replace them with beliefs that cause you to behave in ways that allow you to be more successful in your relationships and other aspects of your life.

One of the aspects of group therapy that enabled this amazing breakthrough was that it provided witnesses.  It’s possible that in individual therapy the client could have maintained his position that there was a negative tone to the message, regardless of the words I used.  But in this situation, in this group, where the members anxiously held their breath, fearing the discovery that I could cruelly dismiss a fellow member, suddenly exhaled in relief and looked at the client in surprise and wonder, the reality was unavoidable.

Because of the witnesses in group, when a breakthrough occurs, it’s seen by all and can’t be easily ignored or dismissed.  On future occasions when the client might perceive something negatively, the other members can remind him of this incident and encourage him to investigate his perception.

All of the members, and myself included, benefited from this confrontation.  It brought us closer together and led to deep discussions about the fear of being rejected, the difficulty of understanding others, and the desire for love and belonging.