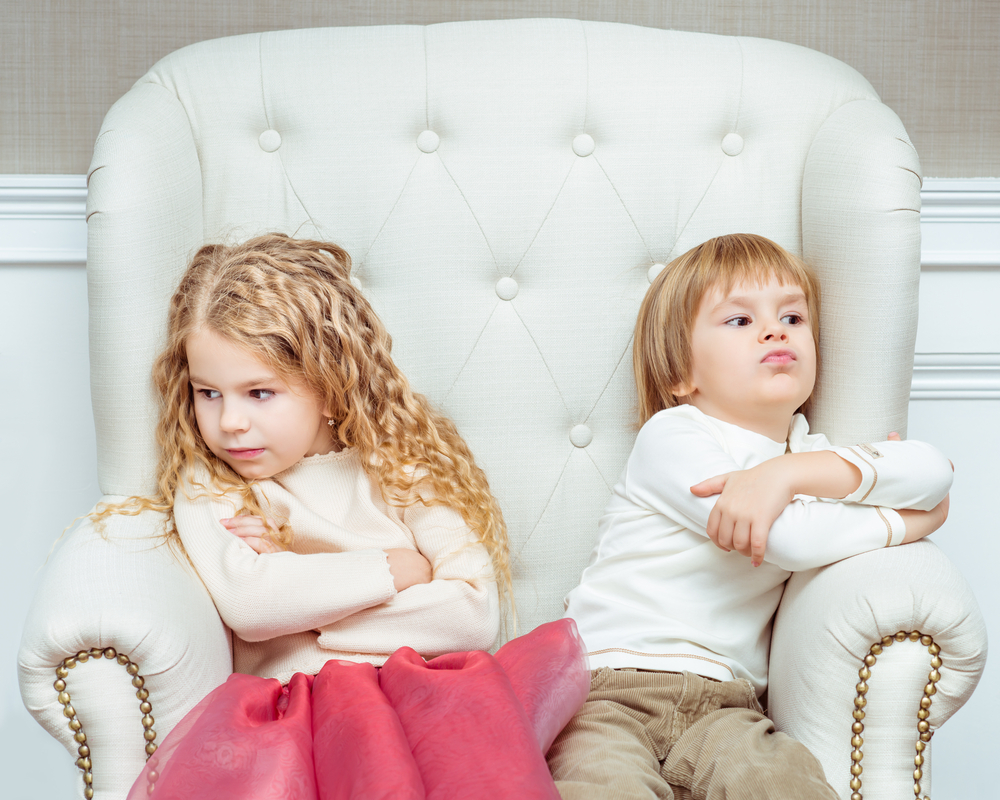 My daughter was crying when I picked her up from school.  She was so upset that she could barely speak, sputtering out the details of what happened between sobs.  She’d clearly had some conflict with her friend who circled us, adding to the confused re-telling of what had occurred.  “Okay, slow down,” I said, “Let’s go step by step.”  Slowly the story came out.  Friend had thrown Daughter’s water bottle in the trash.  Daughter got mad at Friend.  Friend got mad at Daughter for getting mad at her.  Daughter was overwhelmed by Friend’s mad, so she began crying, apologizing, and begging forgiveness, which Friend refused.

The Friend may have gotten the upper hand in this argument.  But if she keeps up this strategy whenever someone is upset with her, she will eventually destroy her relationships.

Yep, there’s actually a term for the Friend’s response.  It’s called Negative Affect Reciprocity.  The term was coined by John Gottman, the author of “The Seven Principles for Making Marriage Work,” a highly influential book based on years of relationship research.  The definition of negative affect reciprocity is when a negative feeling is met by an equal level of negative feeling.  Daughter was mad, so Friend jumped to mad right back at her.

However, this isn’t just a child’s argument.  Adults fall into this type of fighting too, escalating the argument by meeting anger with anger.

The problem with fighting anger with anger is that it only escalates the negative feelings.  Neither side is able to hear each other and resolve the conflict.  As a result, people get stuck in this cycle and destroy their relationships.

Why We Do It

In my opinion, it seems just plain useless.  But that’s not exactly true.  In the moment, it’s very useful.  The best defense is a good offense.  It’s used as a way to deflect someone’s anger, so that you don’t have to hear what they have to say or take any responsibility for your part in it.

Ultimately, no one likes it when someone is mad at them.  It can trigger all sorts of unpleasant feelings like fear, shame, confusion, rejection, or guilt.  Consequently, you might think that it’s the person, the situation or the intensity of their anger that causes your reaction.  However, that may not be true.  Consider that people have different ways of reacting to the same situation.  It’s important to think about why you react the way that you do.

As a matter of fact, your reaction might have a whole lot more to do with how you felt as a child in your family or about how you feel about yourself now.  Additionally, if this was how you saw your parents fight, you may be following their example.

How to End this Destructive Cycle

Actually, the ways that we learned to cope with other people’s negative feelings will be carried into all of our adult relationships if we aren’t able to identify our reactions and find alternative ways of coping with other people’s strong feelings.

The first step is to identify this dynamic in your relationships.  At first you may only be able to identify the cycle after the argument exploded and you’ve gone off in separate directions.  If possible, when you’re calmer, go back to your partner and try again, explaining what just happened and committing to remain calm and listen.  If they’re not ready to talk calmly, suggest talking later that day when they can be calm.

Over time, you’ll become quicker at noticing your reactions and able to put on the brakes faster.

An outward expression of anger isn’t the only way you can be participating in negative affect reciprocity.  If you’re silent, distant and seething with rage, you’re also fighting anger with anger.  You’re just engaging in a silent war.

Work on Understanding Your Reactions

Spend time getting to know yourself.  Identify what happens to you when people are angry or critical.  Do you feel worthless?  Do you feel helpless?  Trace it back to its beginnings in your family.  When your parents were mad at you did you feel stupid, unloved or fearful of physical abuse?

Think of Alternative Ways of Reacting

Ask Yourself Some Questions

First and foremost, ask yourself, “Am I getting angry in order to defend myself?”  Additionally question, “What if I don’t have to defend myself?  What am I feeling?  Am I strong enough to hear what they have to say without it destroying me?  Could listening help us clear the air or face the problem?”

Take a Time Out

Tell your partner that you want to hear what they have to say, but that you need to take a brief time out.  Promise to return to the conversation at a specific time.  Keep your promise.

Write Out Your Thoughts

Journaling can be very helpful for writing down your thoughts and getting clarity.  If an argument is escalating, you could ask for a time out, sit down somewhere quiet and try to figure out through words on paper what is going on.  Write out exactly what you would like to say to the other person to resolve the problem.  If you’re worried about escalating into an argument, try reading these well-thought-out words to your partner or giving them a letter.

It may be helpful to have a therapist guide you through the process of self-discovery.

It’s not easy to remain open when you’re used to defending yourself.  It may take practice, meditation, counseling, journaling, time outs.

In conclusion, fighting anger with anger can only make things worse.  Every relationship will have some conflict in it.  If you can keep calm and listen, you have a better chance of resolving the problem and maintaining happy relationships.