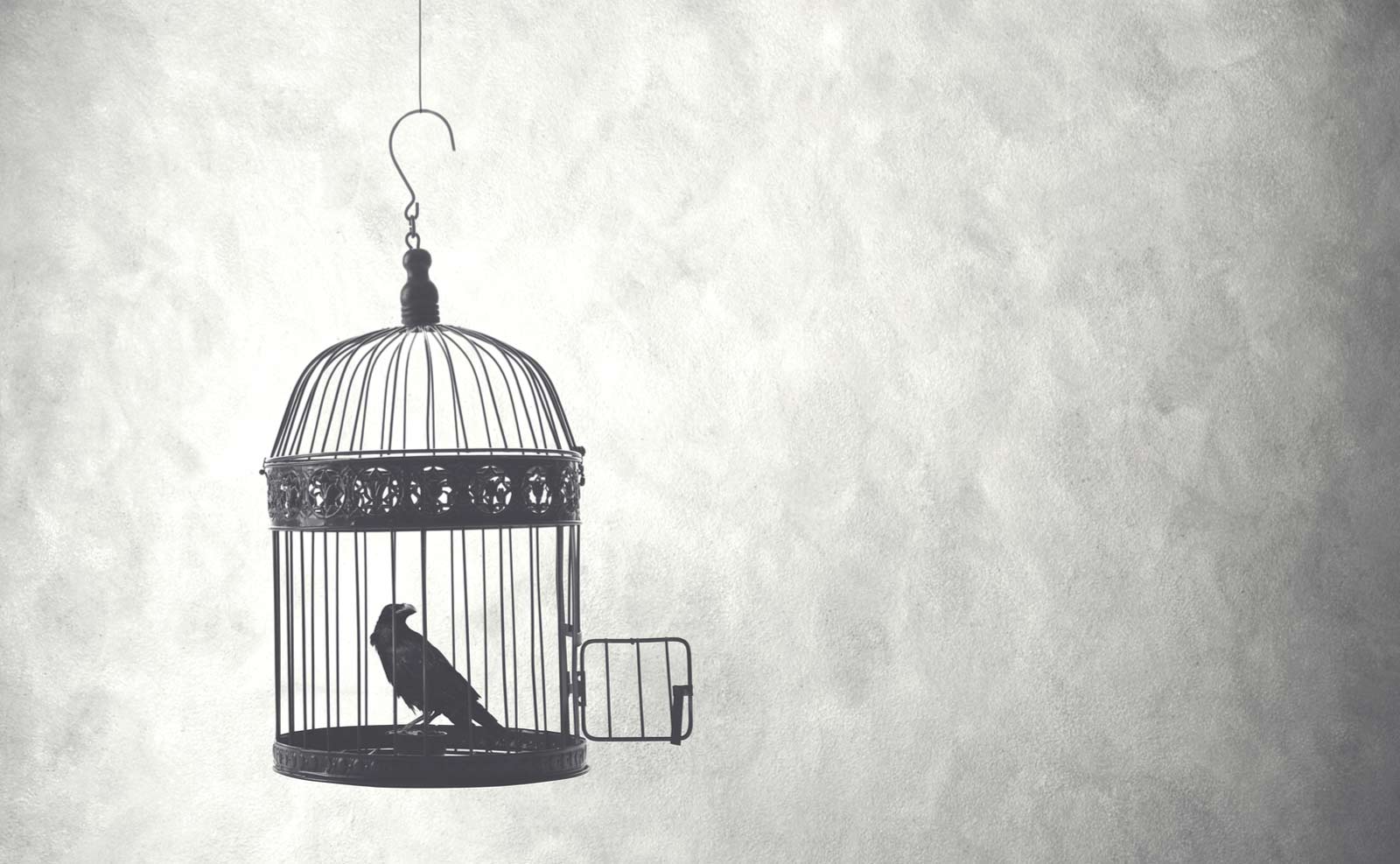 When I was about 14, I had the realization that I wasn’t going to be beautiful.  Certainly not beautiful like the beautiful I saw on television.  The loss of that fantasy was hard to accept.  There was much gnashing of teeth and tears of despair in my high school years.  Thankfully, I did come to accept that reality.  I say thankfully, because acceptance is freeing.  If I hadn’t accepted my appearance, I might have felt insecure, angry or sad the rest of my life.  Those feelings could have affected my behavior, my relationships and my choices.  Fortunately, acceptance allowed me to move forward and focus on other things, discovering my other qualities and hopes.  In contrast, non-acceptance is a trap, keeping you stuck.  Non-acceptance keeps you in a state of perpetual disappointment, anger or resentment.

So how do we free ourselves from the things we can’t accept?  First, you have to identify what it is that you can’t accept.  Second, you have to determine whether that non-acceptance is a form of self-care or self-destruction.

Let’s start with the forms of non-acceptance that are actually good self-care.

You should not allow others to intentionally hurt you physically, financially, emotionally, etc.  That seems pretty obvious and yet it can become quite murky.  There’s hurt and then there’s HURT.  Additionally, some people’s pain tolerance is way too high, so they’re numb to the hurt that’s being inflicted on them and accept far more than they should.  Why people let others hurt them is a complex issue that has filled many books.  For the purposes of this blog, I think it’s safe to say that it’s healthy to not accept the abuse of others.

The Pursuit of Happiness

Another form of healthy non-acceptance is the pursuit of happiness; striving for excellence, reaching for more.  Sometimes, if we’re dissatisfied with a situation, accepting the status quo can cause lethargy, stagnation and depression.  Those are times when we have to challenge ourselves to create change in the direction that we want to go.   The instinctual drive that motivated us to crawl, walk, and talk continues throughout our life span, urging us onward toward reaching our highest potential.

For most of us, this healthy non-acceptance can show up as striving for a more satisfying job by going back to school; improving your relationship by taking dance lessons or going to couple’s counseling, or dealing with health issues by joining a hiking club.

Artists and scientists have shown us that rebelling against the status quo, refusing to accept the current reality as final; can transform the world through innovation and creativity.

My first thought was that the most destructive and common form of non-acceptance is about our mortality.  I wasn’t going to spring that on you, because I know that talking about death is very uncomfortable for a lot of people…but I just want to say that the destructive aspect of not accepting death is that it stops us from embracing life.  This too has been the subject of many books such as Stephen Levine’s “Who Dies” and Irv Yalom’s “Staring at the Sun.”  Accepting our mortality is the shared struggle of humanity.  Those who have succeeded in finding greater acceptance of death tend to live richer, more passionate and engaged lives.

Another common form of non-acceptance that I see in my office is the difficulty in accepting another person’s limitations.  Most commonly: our parents.  But it can also be a spouse, an ex, a sibling, a friend.  It’s difficult to accept another person’s limitations because we feel that it’s the way that they are that causes us pain.  If they could only be different, we wouldn’t suffer so much.

Perhaps even greater than the difficulty in accepting the flaws or limitations of other people is our inability to accept ourselves.  Our growth instinct can make it hard to tell the difference between trying to push yourself to excellence and refusing to accept your limitations.

In our society that always says, “Never give up” and “Anything’s possible,” I feel like a curmudgeon when I say that there are some things that might not be possible and that you would be better off giving up on.  We can’t all be opera singers or Olympic athletes.  Being able to accept what we can’t (or probably won’t) do can free you to do something else.  As Judy Garland said, “Always be a first-rate version of yourself, instead of a second-rate version of somebody else.”

When bad things happen it can be very difficult to accept.  Why did the accident happen?  Why did the illness occur?  Why was I the victim of a crime?

This is the trickiest issue to talk about.  Not only is it very difficult to let go when there is extreme pain or significant loss but there are many reasons why it could feel wrong to accept what happened.  It could feel like a betrayal of yourself or someone else.  Maybe it seems like your invalidating the severity of the experience.  Certainly, there may be a lot of strong feelings to work through in order to let go and move on.  But the benefits to your psyche are worth it.  You deserve to have a future that is not forever beholden to the pain of the past.

It’s torturous to feel like you’re alone in your suffering.  But you’re not alone.  There are others out there who are going through or have gone through what you’re dealing with.  It’s helpful to either meet those people online or in person.  But you can also benefit just from knowing that they’re out there.  Imagine that over the course of history, in all the world’s countries, that there were others who have gone through what you’ve gone through, or worse, and survived…or triumphed.  It’s encouraging to know that others have suffered like you and carried on.  You don’t need to know those people personally.  They don’t even have to be dealing with the same problems that you’re dealing with.  There are many stories of people overcoming adversity that are very inspiring and can give you hope in challenging times.  Helen Keller’s story of thriving in a world that she couldn’t see or hear is one that never ceases to inspire me.

I heard the author Carolyn Myss, say in an interview that people don’t accept the bad things that have happened to them because they’re holding onto a belief that they’re special.  She suggested that they thought they were special because they couldn’t accept something happening to them that happened to other people all over the world.  Terrible things happen everywhere.  People get sick and are hurt and lose loved ones.  Why shouldn’t you?

I thought that this was a very interesting concept and had an experience that illustrated her point the very next day.  I was in a yoga class when someone came in and announced that a branch had fallen on someone’s car.  Of course my first instinct was to wish that it wasn’t my car.  And then I remembered Carolyn Myss’s comment.  “Why should I be special,” I thought, “Why shouldn’t it be me?”  I realized that by wishing it wasn’t me, I was also wishing that someone else would suffer.  It turned out that it was my car; dented on all sides from the enormous branch.  I could have thrown a fit.  But that day, I was at peace with it.  Bad things happen.  Branches fall on cars.  People get killed by cars too.  I was lucky it was just a branch.

I realize that a little car damage is much easier to accept than more devastating losses, but the message of how to find acceptance is the same, no matter the loss.

Believe That Acceptance is Good for You

Remind yourself that acceptance is good for you.  There is so much more to you and to your life than these pains, disappointments and judgments.  It’s better to use your energy to grow something than to waste it like Sisyphus pushing the same rock up and down a mountain.

Make a commitment and a practice of acceptance.  When those old feelings come up, remind yourself to let go; notice how good it feels to step away from the anger, resentment or frustration; congratulate yourself when you’re able to free yourself from the pain.

If you notice that you’re resisting acceptance, continue exploring the unfinished feelings that are keeping you stuck.  Remember, you’re not letting someone else off the hook…you’re trying to let yourself off the hook, so that you can be free to live your life unencumbered.